What are we doing in the next few weeks?

Bridgend Castle Players are looking to forge a relationship with Bridgend Tennis Club, as a way to keep the group alive and bring local amateur theatre to Bridgend County.

At our E.G.M last week, a large proportion of our Committee announced their retirement from their roles.  Therefore, we are looking for committed people to help run the group, by helping with some of the roles that are now vacant.

Outlines of the roles & responsibilities can be found HERE
​
Information for anyone wishing to take part in a production:
If you are cast in a role / work backstage, you will need to have up-to-date membership
with our group:
Adults £20 per year
Under 18's £10 per year
(this covers your insurance with Bridgend Castle Players).

Rehearsal fees are also required, at £1 per rehearsal.

Charity Cheque Presentation
Below are a collection of photographs taken at Coytrahen Community Centre in 2014, where our Chairman (Mark Davies) along with representatives from Llangynwyd Lower Community Council and the Coytrahen Communiny Association presented cheques for £200 each to SSAFA and the Royal British Legion after a very successful Armistice show in the community centre.  We would like to thank all those involved in the show and it's organisation for their help and support for these very worthwhile causes.  Our sincere thanks also go out to Mr. Peter Drake, the author of the short play presented that evening for the very kind donation of his royalties to the nominated charities. 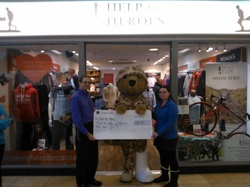 Help For Heroes
We presented Help for Heroes with a cheque for £25.35.  This was the result of fund-raising from the Armistice Production that was performed at the United Services Club, Bridgend, in November 2013. 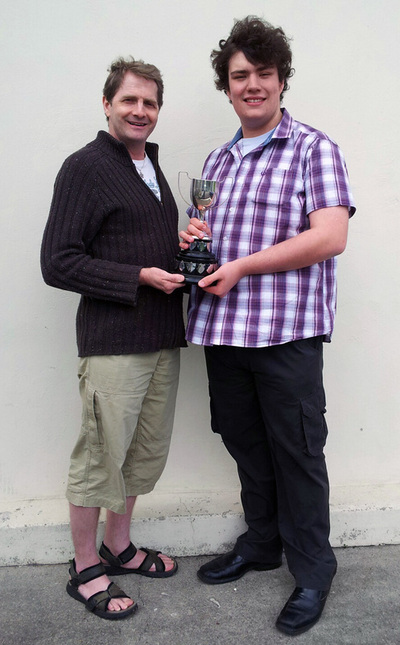 The Adjudicator had chosen Ieuan to receive the award due to his community spirit.  He showed a great ability to play  a small supporting role on one evening and then jump to a leading comedy role the next. The adjudicator also commented on the ease at which he moved from the one role to the other.

Also, Mark Davies & Martin Brawn were nominated for the best comedy performance award for their parts in the shows.

Congratulations Ieuan from all of us at Bridgend Castle Players.

We would also like to take this opportunity to congratulate all of the other groups that entered into this year's festival. Together, we created a 3-day entertainment event that will be hard to beat!

Good luck to all the groups in the Wales Finals!
Contact Us
Follow @BcpDrama
free hit counter